To all my blogger friends, wherever you are, whatever you may be doing, I wish you a Merry Christmas!

It's The Rare Movie That I Look Forward To Seeing In The Theater.

But it should come as no surprise that I'll be there on December 26th:


I'd be there on Christmas Day if I thought I could get away with it. 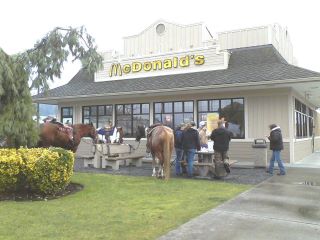 "God forbid that I should go to any heaven where there are no horses."

Those words were written by R. B. Cunningham-Graham in a 1917 letter to Theodore Roosevelt.

Several years ago, in the course of blog surfing, I happened upon From Hell To Heaven:  Saving Argus, which has been previously mentioned in this post.  It chronicles the story of a rescued Thoroughbred named Argus, who had spent ten of his first sixteen years confined to a 12 x 16 pen with little human contact or proper care.  This existence had taken a toll on Argus, both physically and mentally.

He was rescued on Dec. 6, 2007.  In the beginning he was frightened, terrified of the new world in which he found himself.  But, in his new home he found the care and understanding needed to adapt to a life he could never have imagined.  Over time, he become a happy, well adjusted horse.

As time passed, posts became few and far between.  After all, there was little to report, as Argus, with his best friend Ridge, was living a life not unlike my own horses.  At times the silence would leave the reader wondering if all was well.

A new post appeared on my Google Reader today.  I clicked on the link, and found myself confronted with the post that I always dreaded, yet knew was inevitable.  Argus died on Nov. 22nd.  And, a mere seven hours later, his best friend, the horse named Ridge, joined him.

I take solace in the fact that both horses are now free of the pain which was their daily companion. Should you choose to read the blog, I've been told to warn readers to keep a box of tissue handy.

Saving Argus is, above all else, a story of hope.
Posted by Dave (aka Buckskins Rule) at 9:27 PM 10 comments:

Changes. They Are a Comin'.

Big changes are heading down the pike for the family BR, and our horses.  There will be some upheaval in the next few weeks, but things will be good on the other side.  Very good.

For the next few weeks, I will probably be a bit scarce in the blogging world, both as a reader and writer.  But I'll be back. 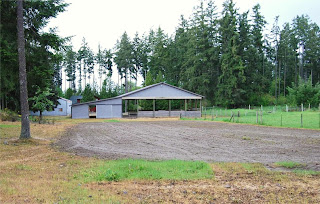 Seventy years ago today, the Japanese Navy attacked the United States at Pearl Harbor, Hawaii.  Nine ships were sunk, or destroyed, and fourteen were severely damaged.  188 aircraft were destroyed on the ground.  2,403 servicemen were killed.  1177 of those men died when the USS Arizona sank at her berth.  Another 1178 servicemen were wounded.

President Franklin Delano Roosevelt addressed Congress the following day, asking them to declare war on Japan, declaring Dec. 7, 1941 to be a "date which will live in infamy".  With only one dissenting vote, war was declared. The United States of America was now embroiled in the Second World War, ending the policy of Isolationism, and any semblance of neutrality which the United States of America had striven to maintain.  The war would not end until nearly four years later, at the cost of countless lives, both military and civilian, on all sides of the conflict.

Regardless of your opinions of war and conflict, I would ask you to take pause this day to remember the Soldiers, Sailors, Airmen, and Marines who died that day at Pearl Harbor.

Also, remember those who survived.  Their numbers are dwindling.

I Hope There Is A Special Place In Hell...

Dave (aka Buckskins Rule)
I'm a retired Submarine Sailor living in the Pacific Northwest. Until I retired from the Navy in 2005, I had never ridden a horse. Now my family has six of them, four Quarter Horses, and two Paint Horses. This blog will contain the trials and tribulations of one horse owning family. It may also contain any other observations, rants, raves, or whatever else I see fit. 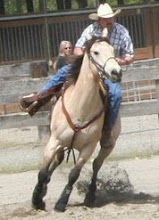 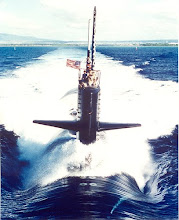